More about DOLITA Paris check at the  FULL  BIOGRAPHY . . . 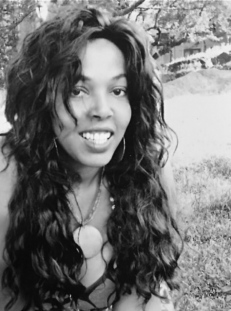 Originally from Paris, Dolita moved to New York and was instantly inspired by the energy of the City.

In 2009, with limited resouces, she created and sewed 52 dresses in three days, hired 26 Models and organized her own Fashion Show on the Street around Bryant Park during the New York Fashion Week. Dolita called this Event "her Fashion Revolution". One of her dresses caught the attention of the superstar Beyonce, who wore it for a photo shoot that appeared in Los Angeles Confidential magazine.

Dolita is passionately devoted to her craft and makes her dresses one by one, using no patterns or measurements. She has a wondrous ability to create the perfect dress for each of her clients just by looking at them.

Dolita dresses are created for all generations, body types and sizes. Dolita French style distinguishes itself from other by its feminity, timeless, chic and elegance.

Celebrities and Everyday Women are falling in love with her Ultra Feminine Collection.﻿

For All Generations & Body shapes !